Thanks to everyone for the kind messages in response to my dad’s passing. Whirlwind that the last week has been, I was so grateful for the way Trish paid tribute to him. I’ve had a chance to do my own reflection and prepared the following for the memorial service we’ll have this afternoon. Thank you for your continued prayer and concern for our family.

I’ve always found it hard to give brief answers to basic questions about ancestry. Upon hearing my name, the understandable question is usually: “Are you German?” Deeply ingrained pride demands this be corrected: “No, I’m Austrian.” Some face-saving pleasantry is then usually offered to the effect of how neat it must have been for my parents to grow up in Austria. But even this impression must be corrected as Dad was actually born and raised in China. At this point, the conversation is so far past making a long story short and the other party likely regrets they ever decided to make pleasant conversation with me. I’ve often wondered why I can’t just politely let the details go, but I’m certain it comes from Dad’s quiet pride in his journey, the family he came from and the sense of unique identity and heritage he passed on to us.

Dad was a man of discipline. He preached self-discipline to us as kids and set a remarkable (and, to most people, unattainable) example of adherence to routine. He worked diligently, maintained focus, delayed gratification, spent carefully, saved wisely and exercised regularly. He structured his life, planning days carefully in his color-coded appointment book in print that was just a few points larger than microfiche.

Love was closely associated with duty and commitment for Dad. I would not view him as adventuresome or risk-taking, yet he came to America on a boat to pursue higher education and establish himself as an engineer largely to honor the expectations of his own father. In time, his sense of duty shifted to his own wife and children. Thanks to his devotion to his profession and
his labor of love to build and maintain a home in the woods of New Jersey we were well-provided for, and then some.

Dad had a remarkable career as an engineer. In my earliest recollection, I found this impressive but I wondered why he always left the house in a coat and tie if he was going to drive trains. His explanation that he carried his cap in his briefcase and showered to get the coal soot off him before he came home was enough to string me along for awhile. While very few of us have the knowledge to understand specifically what he did, we daily benefit from the technology he and his team developed at Bell Labs in areas such as satellite communication, fiber optics and silicon wafers. His cutting-edge work was worthy of at least seven patents and significant renown in the engineering world, which became very apparent to me when my last name was recognized by more than one professor in entry-level engineering courses at Stanford. This was soon followed by their realization that some apples fall far from the tree as they watched me founder valiantly amidst basic concepts until I finally admitted defeat and beat a hasty retreat to the humanities.

Being an engineer wasn’t just what Dad did for a living–it defined a large part of his identity. “Exhibit A” would be the pocket protector filled with colored pencils (and later, pens) he still wore years into his retirement. Dad read things–sometimes even junk mail–with an engineer’s scrutiny; underlining and commenting in the margins. Around the house, he demonstrated that if a little engineering could make life easier, a lot might create something spectacular…but it also might mean you won’t get the treehouse you asked for when you were eight until you’re a sophomore in high school (but no other treehouse in the neighborhood had a four-point floating suspension system secured by aircraft cables).

Dad also demonstrated that great engineering successes come only with some near-tragic failures. While in our household it was long unthinkable that any American-made car could be superior to the Volkswagens we drove, it was impossible to overlook the non-existent heat air-cooled engines provided during East Coast winters. Therefore our spirits soared as we embarked on a ski vacation with Dad’s engineered solution in full operation. With the weather well below freezing outside, the propane camping heater made the inside downright balmy. Fortunately, the fumes from the melting plastic upholstery alerted us to a problem before the carbon monoxide overcame us all.

Dad was thoughful–in the literal sense. He was certainly very conscientious but to view the term literally, he was “full of thoughts”. His mind never stopped working and it would not be overstating thing to describe him as a genius. He would think things through carefully and then review his thinking repeatedly. He never spoke “off the cuff” but chose words carefully–even if this often meant others had to wait uncomfortably long for him to speak. He held opinions strongly, but was not one to have an opinion about everything. He simply would not comment on things he did not have knowledge of. He was completely confident in the expertise he held but also unapologetically aware that this had limits.

He carried himself throughout his life with European politeness and formality. As unthinkable as it might have been to us as teenagers, Dad demonstrated that you can navigate life and survive quite well without remaining current on popular culture or knowing who every celebrity was. Dad was confident in who he was and didn’t demonstrate any need to conform to what we might have wanted him to be. On a few occasions where I might have approached him too informally, he made it clear that he wasn’t primarily my friend or buddy. He was my dad. This called nothing into question about his love, but simply made it clear that it was not subject to anything within my control.

As driven and focused as he was in his career, I was grateful for the way Dad softened with age. While it was challenging to watch, he maintained a sense of pleasant dignity while his abilities were progressively diminished by Parkinsons. He did not get embittered or angry. He became more able to freely express affection and affirmation than at earlier points in his life. While I wish my kids would have seen the vigorous man who cleared his own wooded homesite with a chainsaw and poured a huge concrete patio around it with cement he mixed and hauled by himself, I’m grateful that they saw his sweetness, contentedness and care.

Over 87 years, Dad led and honorable life. Beyond rich life experiences and professional accomplishments, this is the greatest legacy he leaves and what I hope can be said about my life. He was a person of character. He was faithful to his wife. Everything he undertook was driven by his commitment to honor and provide the family that he loved. I’m grateful for his life and unspeakably grateful to be his son. 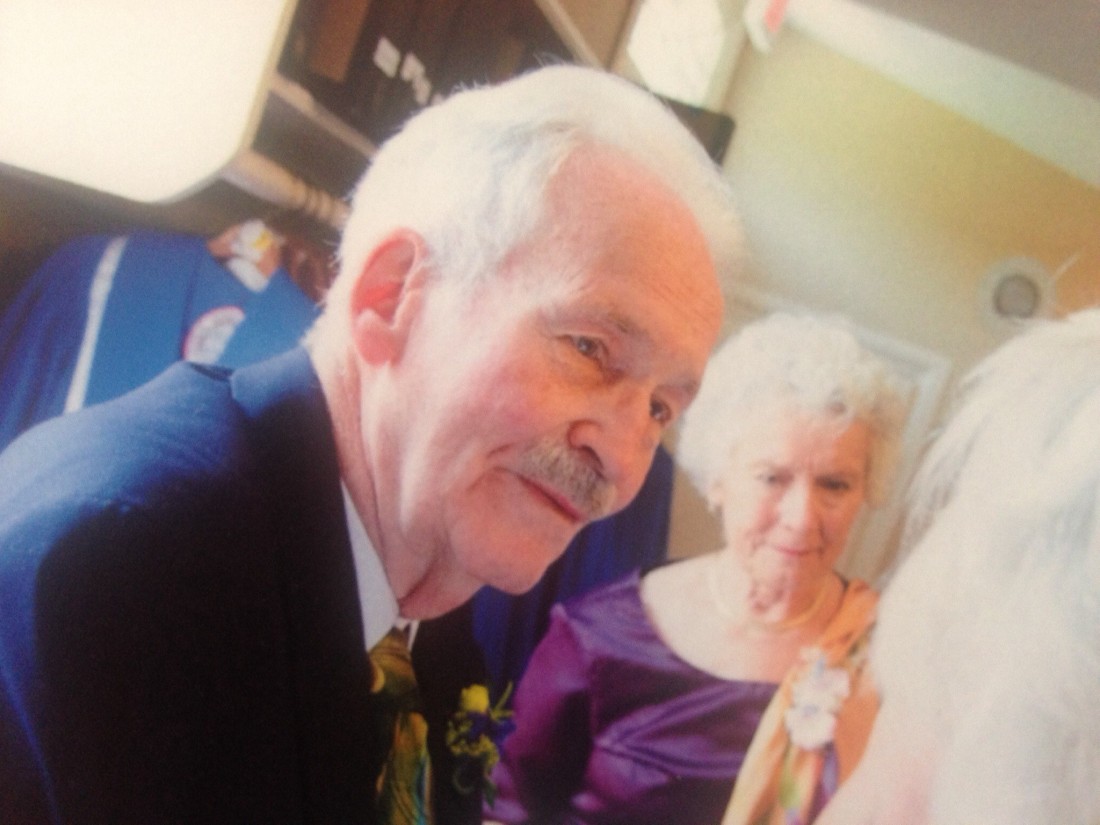 11 thoughts on “Remembering My Dad”