Well, it has begun…the reality of Max graduating and heading off to college later this summer is starting to sink in as we watch him experience significant “lasts” with each passing season.  For example, yesterday marked the end of Max’s high school hockey season…and he played in his last tournament!!  (sniff, sniff)  Rolf and I couldn’t help but get a little verklempt as we made the familiar trek up to Santa Maria knowing it would be the last.

Santa Barbara represented well as both varsity teams advanced from the semi-finals to play against each other in the championship game.  It was a fun way to end this chapter…getting to cheer for both teams in that final match-up filled with kids Max has played alongside for the past 5+ years!

We are so grateful to the administrators, coaches, players and families that make up the SB Youth Hockey Association for the positive fun, special friendships and investment in our family!

Well done Maxo!  Thanks for introducing me to an experience I wouldn’t have had otherwise and for turning me into a hockey mom!!  😉

Rudy had an EEG appointment yesterday.  It has been several years since his last EEG but because Rudy hasn’t had a seizure in almost two years, Dr. Corazza recommended we retest to determine whether or not we can begin to wean Rudy off his daily doses of phenobarbital.  Rudy was a happy and cooperative ROCK STAR during the hour long test and the tech said she was able to get some “beautiful data”!  Dr. Corazza called later in the evening with the results…unfortunately the results are “not normal and continue to show a seizure tendency” so he strongly recommends that we leave Rudy on the pheno for now.  I’m a little disappointed as it would have been super fun to see some healing in this area for Rudy but I’m not surprised given the nature of Rudy’s brain injury.  So, we’ll continue to do what we’ve been doing and pray Rudy’s current dose of phenobarbital will continue to keep the seizures at bay.  He’s actually at the maximum dosage for pheno…if seizures were to surface again, we’d have to make a medication change.  Anti-seizure medications can have some pretty disturbing side effects and Rudy has done so well on pheno that we hope it can be his drug of choice as long as he needs it. 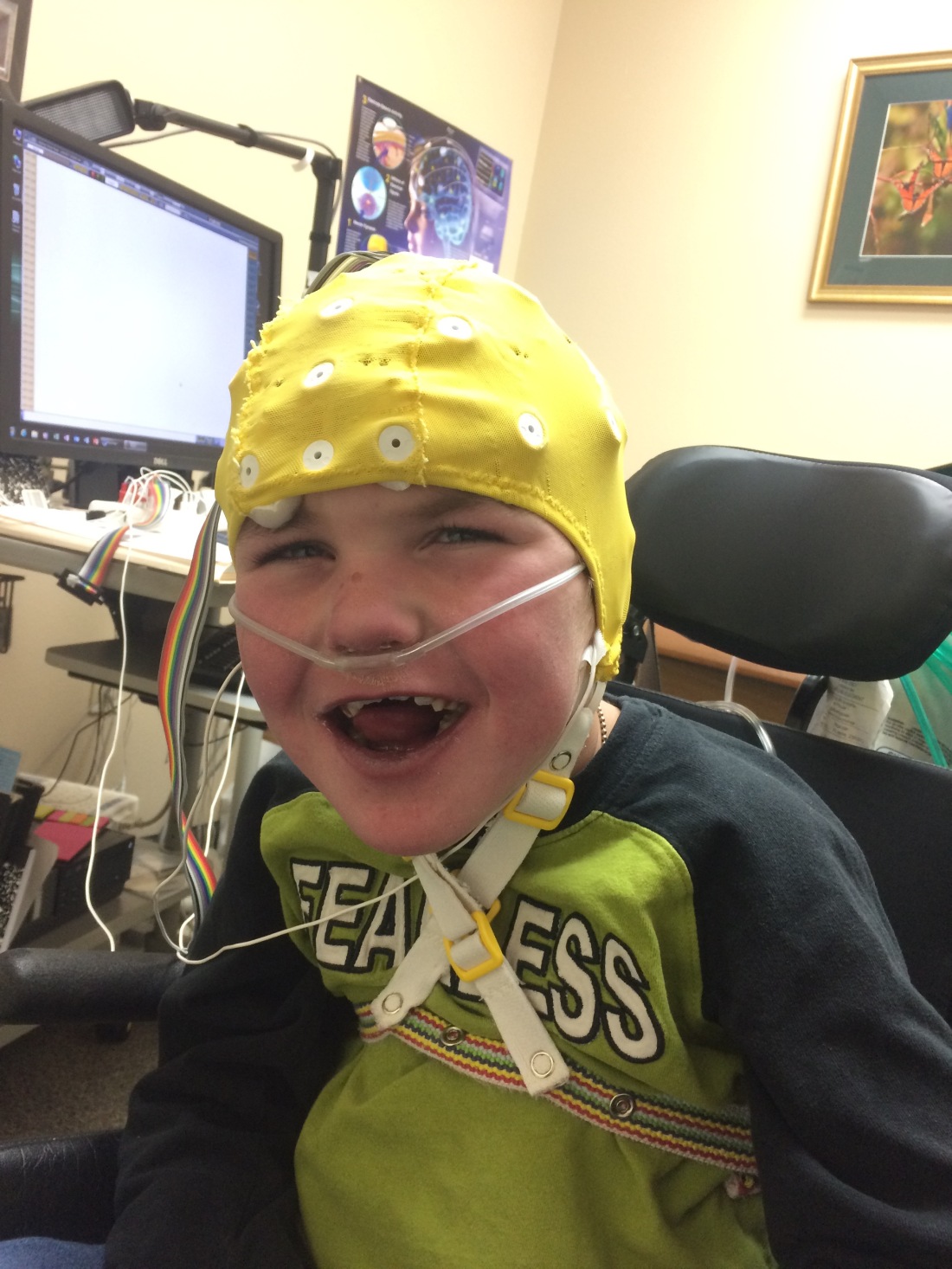 We’ve had a quiet start to 2017…Wilson headed back to APU the first weekend of January and hit the ground running in his new schedule of classes.  Max and Olivia still had semester finals to prepare for when they headed back to school on the 3rd.  They were thrilled to finish finals week last Friday!!!  Olivia sailed through her first high school finals week and Max is one big step closer to graduation…the countdown is ON!  🙂

Rudy enjoyed getting back to his friends and teachers at school after the long break.  He’s back to his twice weekly physical therapy sessions but has yet to be assigned to a new OT since his last OT retired in December.  He had a routine check-up with his neurologist a couple of weeks ago.  Because Rudy has been seizure-free for almost two years (his last seizure was in Feb. 2/15), Dr. Corazza scheduled an EEG for tomorrow to determine whether or not we can begin to wean Rudy off his anti-seizure medication.  That would be exciting!!!  We’ll keep you posted…

Rudy has been battling his first bug of the season this week.  He was sent home from school early last Thursday and has been home sick ever since.  Thankfully, his fever broke on Monday and his energy is returning.  We’re hoping he’ll sleep through the night tonight (after several sleepless nights) so he can return to school tomorrow.  🙂

Rudy has actually had a long, healthy run the past several months so we pray this bug will run it’s course quickly and be the end of Rudy’s cold and flu season!  😉  ‘Hoping your new year is starting off healthy and happy!

We sure enjoyed our Christmas and hope you did too!  Our holiday was filled with the usual Rescue Mission and church events but we also had the added joy of celebrating with old friends from out-of-town this year.

We made the most of every second of Christmas Day (nearly pulling an all-nighter) as we got up before dawn the following day to make our departure for the airport at 4:30am!  We traveled to Key Largo, FL for a Geyling family reunion…big trips like this are  uncommon for us, especially around the holidays, but we enjoyed the opportunity to connect with Rolf’s family (many of whom Rudy and I haven’t seen in 5 years) and see a part of the country none of us have been to before.  Rudy traveled well and enjoyed 4 days of non-stop cousin fun!! 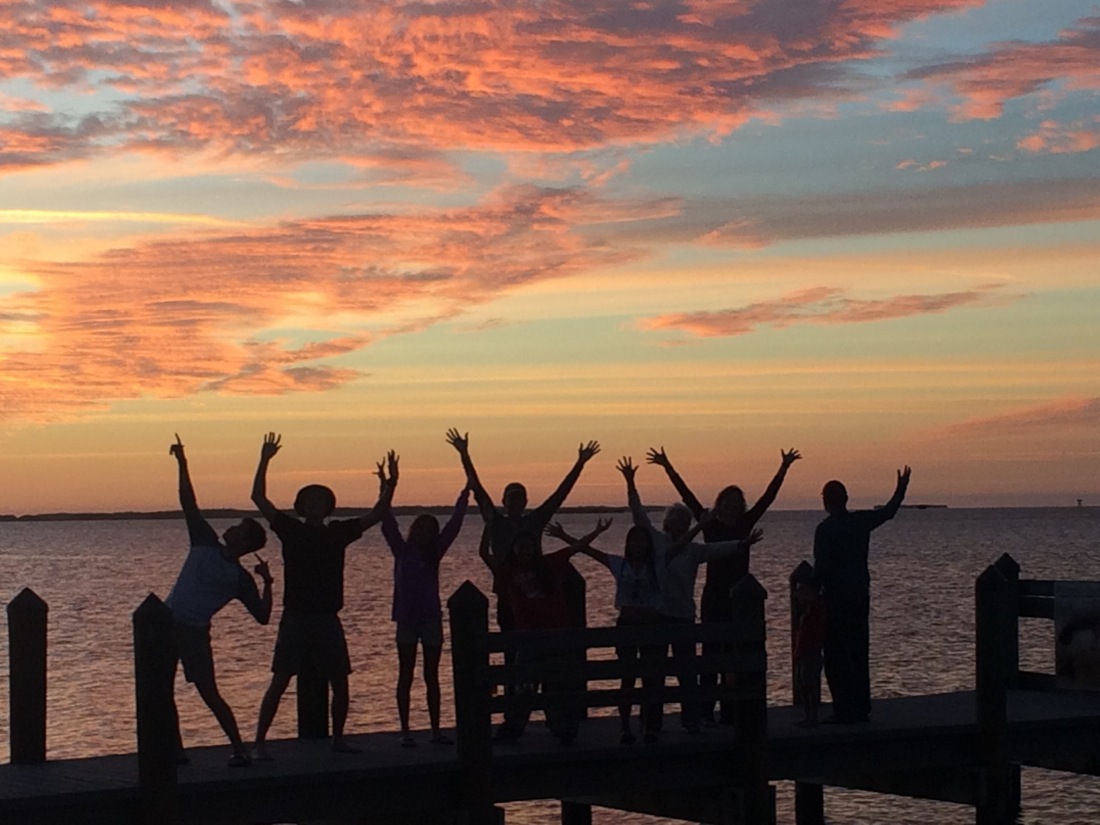 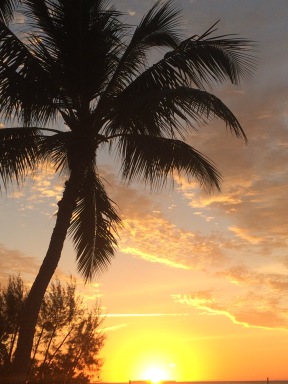 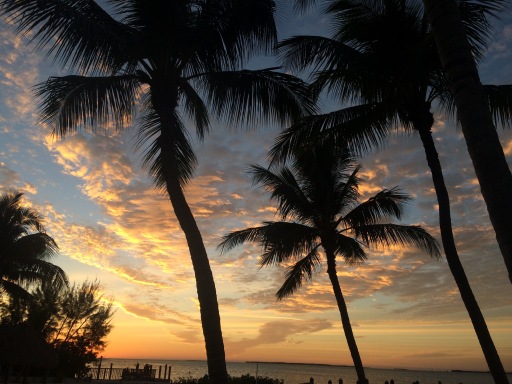